One fuel is not like another - at least when it comes to carbon dioxide emissions. Burning lignite, for example, produces around twice as much carbon dioxide in relation to its energy content as burning natural gas. Natural fuels such as peat and wood also have very high specific emissions if they are not used sustainably. Deforestation therefore has a doubly negative effect on the climate. If the amount of wood burned is limited to the amount that can be regrown, its use is neutral, since wood binds just as much carbon dioxide from the atmosphere as is later released during combustion.

Replacing lignite-fired electricity with electricity from natural gas can therefore save over 70% of the direct carbon dioxide emissions. In order to properly understand this benefit, the upstream chain emissions and the resulting greenhouse effect must also be taken into account.

Methane, as the main component of natural gas, has a particularly high global warming potential (GWP100= 25 to 28; IPCC WG1AR5, s.714). The transport leaks have a high impact on the total GWP of the Natural Gas based power supply and therefore must be considered. Independent surveys of current methane emissions from gas production, transport and use are not yet available for Germany. The following calculation serves as an illustration of the greenhouse effect of natural gas in electricity production, including fugitive methane emissions.

For long-term climate protection, only emission-free energy supply, based on renewable energies and sustainably biomass is an alternative. By getting out of natural gas-fired power generation, it is possible to stop the methane leakage emissions and therefore reduce the global warming potential.

*) not sustainable use without reforestation 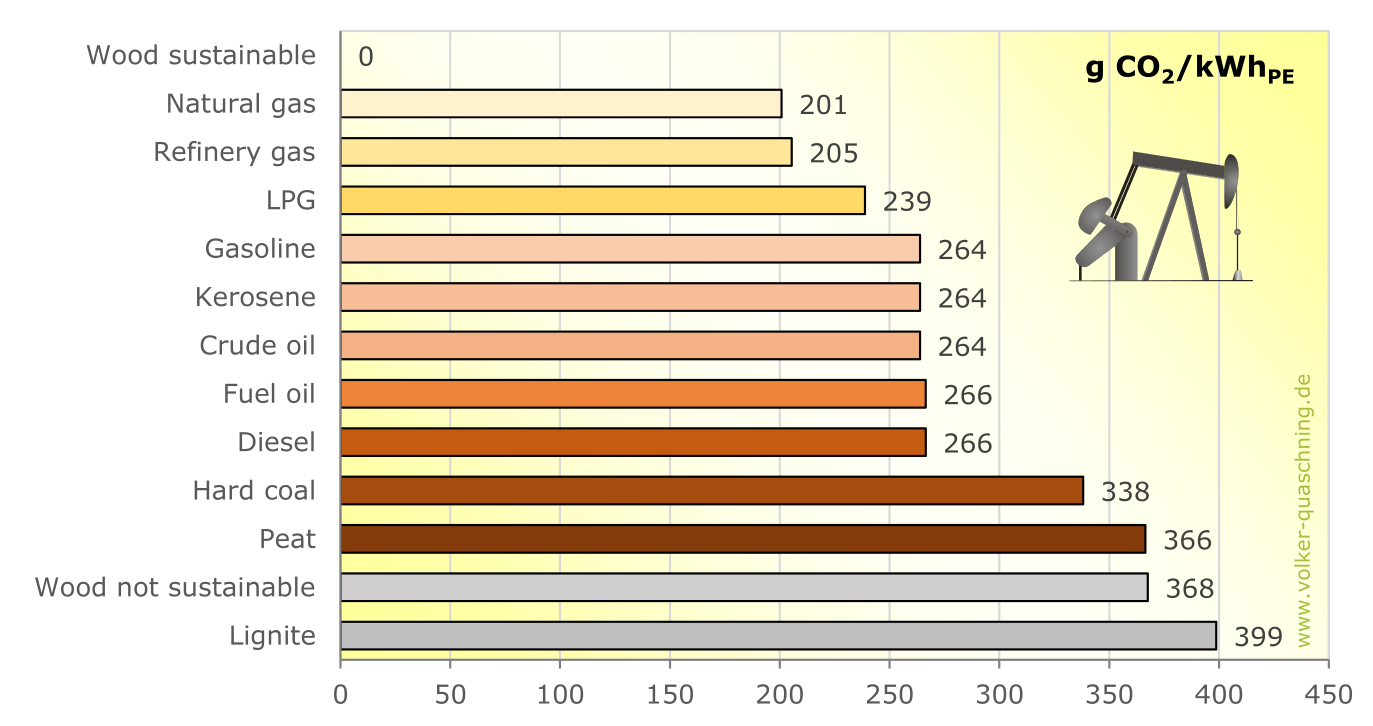